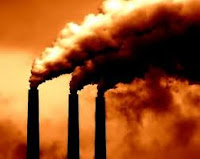 Most people talk about carbon taxes, cap and trade, and other carbon-related costs and regulations as if they were something new and unusual. In fact, most companies already face a very complex environmental and Greenhouse Gas (GHG) regulatory system that includes both private standards and government laws and regulations.

The private and public restraints on GHG emissions range from the Walmart Sustainability Index that requires 100,000 Walmart suppliers to disclose their carbon footprints and sustainability initiatives, to regional GHG cap and trade programs that require power plants to reduce their emissions or purchase allowances in an open auction. And, of course, the 1990 Clean Air Act Amendments instituted a cap and trade program for acid rain that achieved 100% compliance in reducing sulfur dioxide emissions during the 1990's.

The most prominent GHG cap and trade program today is the Regional Greenhouse Gas Initiative (RGGI). The ten Northeastern and Mid-Atlantic states that comprise RGGI have agreed to a mandatory, market-based effort to reduce greenhouse gas emissions. The member states have capped CO2 emissions from the power sector with the goal of reducing those emissions by 10% by 2018. States sell nearly all emission allowances through auctions and invest proceeds in consumer benefits: energy efficiency, renewable energy, and other clean energy technologies.

Similarly, the Western Climate Initiative (WCI) is a collaboration of seven western US states and three Canadian provinces working together to identify, evaluate, and implement policies to reduce greenhouse gas emissions, spur investment in clean-energy technologies that create green jobs, and reduce dependence on imported oil. WCI has announced plans to implement a cap-and-trade system in January 2012 that will provide financial incentives to reduce carbon emissions. The program will start with power plants, then extend to large industrial producers and transportation.

These GHG cap and trade programs, however, are only the highly visible tip of the iceberg. Almost every company in the US faces a complex web of private standards and public laws that regulate their GHG emissions, other environmental impacts, and overall sustainability. CERCLA, RCRA, NEPA, the Clean Air Act, the Clean Water Act, the Safe Drinking Water Act, the Ocean Dumping Act, and the Endangered Species Act are just a few of the US laws regulating the environmental impacts of companies and individuals in the US. Companies that export to Europe must also be aware of the specific regulatory, green labeling, and other environmental requirements in the European Union and locally.

My good friend Stan Alpert believes that smart companies can use their compliance with environmental regulations as a competitive advantage and ultimately to reduce costs. Stan should know. In addition to working for many years as the Chief Environmental Prosecutor in the U.S. Attorney's Office that covers parts of New York City and all of Long Island, Stan has extensive experience as a lawyer in private practice advising green and sustainable businesses.

Stan has put together a free online webinar entitled Sustainability is Smart Business: A Legal Perspective. The seminar covers the triple bottom line, carbon regulation in the US and internationally, and toxin reduction in the product and waste streams. Businesspeople can view the webinar by clicking here. US lawyers who wish to receive free Continuing Legal Education (CLE) credits for watching the webinar can view it by clicking here.

Could This Be The Year for the All-Electric Car?

The stars are finally aligning for what might be the year of the electric car. Demand will be there as gasoline prices are expected to hit $4 per gallon this summer. Consumers will be able to test drive all-electric vehicles at car rental agencies such as Hertz, and a number of different manufacturers will offer a range of models to choose from. The infrastructure -- a network of electric recharging stations -- is starting to fall into place. There's even an iPhone app that will tell you where the nearest charging station is located.

Let's begin with demand for all-electric vehicles. As noted in yesterday's post, most experts expect oil prices to exceed $100 per barrel this year. That means gasoline prices above $4 per gallon this summer. And high prices are most likely here to stay. While most analysts expect that OPEC will try to keep prices in the $100 to $150 range, Morgan Stanley and others question whether they have enough capacity to keep up with increasing demand from China and other emerging economies. If not, then $200 per barrel oil is within the range of possibilities. John Hofmeister, former president of Shell Oil and author of "Why We Hate The Oil Companies," points out that this could mean gasoline at $5 per gallon by 2012.

Gasoline at $4 to $5 per gallon will start people thinking about alternatives. Can all-electric cars meet their needs?

Car makers and car rental companies are betting that consumers will fall in love with electric cars once they drive them, and so far the reviews have been great. Jim Motavalli, writing in Forbes.com, describes the Nissan Leaf as "impressive, quiet, comfortable, sophisticated, and bristling with high-tech aids to help with charging and plug-in connectivity." He also says that it "handles excellently." In addition to the Nissan Leaf and the Chevy Volt, new all-electric cars are expected this year from BMW, Ford, Mercedes, Mitsubishi, Renault, Subaru, and Toyota in a variety of price ranges. At the top end of the price range, you can even get the very sleek, powerful, and fast all-electric Aston Martin pictured above. A number of other manufacturers are also preparing to enter the market with all-electric vehicles, including China's BYD (backed by Warren Buffett), which is building an all-electric 5-passenger sedan.

The constraint this year may be whether supply of all-electric vehicles can keep up with demand. When the Prius first came out, many prospective buyers found themselves on waiting lists to get one of the now iconic hybrids. The same could happen this year, especially with a federal tax credit of up to $7,500 for electric vehicles plus additional credits from states such as California, Georgia and Tennessee.

The longer term, and more troubling issue is whether the electric grid will be "smart" enough to handle the new type of demand for electricity. It is not simply a capacity issue. Existing generation capacity could probably handle tens of thousands of electric cars being recharged during off-peak hours, such as overnight. The problem arises if large numbers of electric cars are being charged during peak demand periods. Ideally, electric cars would act as back-up storage sending electricity back to the grid during peak demand hours and recharging during off-peak hours. But the grid is not yet capable of handling that or billing for it. Building a smarter grid, more than anything else, is the biggest barrier to a future of electric vehicles.

No Recession for Oil 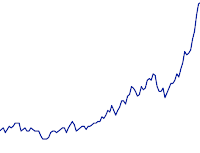 Despite the worst economic conditions in half a century, the price of oil doubled over the past two years from a low of about $45 per barrel in 2008 to a high of $92 per barrel on the last day of trading in 2010. This doubling of oil prices occurred as supplies increased by about 1.2 million barrels per day during the past year. Yes, that's right, the price of oil more than doubled during very weak economic conditions and increasing supply.

It doesn't take a genius to figure out what will happen as the economy recovers. Demand for oil will increase and the price will trend even higher. Most experts predict oil prices above $100 per barrel in 2011. Lloyd's of London issued a report earlier this year predicting prices as high as $200 per barrel by 2013 and warning of “catastrophic consequences” for businesses that fail to prepare.


Some analysts say that the Organization of Petroleum Exporting Countries will step in to increase supply temporarily and cool off markets once oil hits about $150 per barrel. Think about that for a moment. Remember what happened to our economy when oil prices hit $147 per barrel two years ago? Well, that is the best case scenario for the next few years.

I don't know about you, but I'm not really comfortable relying on OPEC to keep oil prices from going over $150 per barrel. What if they decide that a price of $175 per barrel will let them maximize profits without losing too much market share to alternative energy sources? What if prices go even higher because of conflicts in the middle east, a major supply disruption, and/or a significant weakening of the U.S. dollar? What if they ask us to ease off the pressure to root out terrorists in their countries in return for lower or more stable oil prices?

We can change this scenario without undermining our quality of life. For example, we have reduced our use of oil to generate electricity significantly since the 1970's -- without sacrificing dependability or affordability of supply. We have used more efficient designs to lower fuel consumption per square foot for buildings and per mile driven for vehicles -- without sacrificing comfort or safety.

We can do even more by diversifying our energy sources throughout our economy. Yes, it will take significant up front investments. But think about the medium- and long-term benefits. Brazil has completely eliminated its dependence on foreign oil by building the largest biofuels industry in the world. New vehicles powered by electricity generated with a mix of natural gas, wind, and solar could similarly help us re-gain our energy and economic independence. Best of all, the wind farm or solar farm that is built today will have zero fuel costs 5 years, 10 years, and even 20 years from now. Let OPEC compete with that.